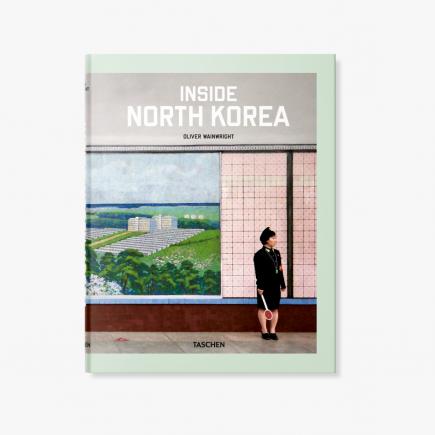 Price:
70.00
Erased by bombing during the Korean War, North Korea's trophy capital of Pyongyang was entirely rebuilt from scratch from 1953, in line with the vision of the nation's founder, Kim Il-sung. Designed as an imposing stage set, it is a place of grand axial boulevards linking gargantuan monuments, lined with stately piles of distinctly Korean flavor, to be "national in form and socialist in content."Under the present leader, Kim Jong-un, construction has ramped up apace-"Let us turn the whole country into a socialist fairyland," declares one of his official patriotic slogans. He is rapidly transforming Pyongyang into a playground, conjuring a flimsy fantasy of prosperity and using architecture as a powerful anesthetic, numbing the population from the stark reality of his authoritarian regime
View website
Add to Registry

All registries are password-protected, feature a custom URL and can be further personalised with your own photo and message.
You can also see who’s bought your gifts or contributed to your wishing well (great for taking the stress out of your thank you lists). Subscriptions run until four weeks after your event.

Choose from our three subscription plans to start creating your registry today.

Please note: When upgrading from a Gold subscription to a Platinum subscription you will only be charged the difference of $50.